In 2017, the Victorian Bangladeshi Community Foundation (VBCF) approached Wyndham City to discuss its desire for a Shaheed Minar Monument to be located in Wyndham. Following discussions with the VBCF and other stakeholders, it was agreed that it was important to expand the concept of the project to one that engaged with the broad theme of the preservation of Mother Language, and representation of language diversity for all cultures in Wyndham. It was decided the idea should be developed as a public artwork in line with Council’s Public Art & Collections Policy.

Gunditjmara Creative Dr Vicki Couzens was appointed as the lead artist on the Mother Language Public Art Project. The artwork is entitled ‘Voice of the Land, Voice of the People, Voice of our Heart, Voice of Mother – Mother Tongue’, which also stands as the conceptual seed that has inspired and informed the creative design and development of the new sculptural work. Collaborating with local multicultural artists from the Bunurong, African Diaspora, Bangla, Chin, Karen, Karenni, Maori, Indian and Sikh communities, Couzens has been working to incorporate key visual elements from each culture into the final artwork.

In remembrance of the Bangladeshi people’s efforts to uphold their own mother language, International Mother Language Day was announced by UNESCO in 1999 and was formally recognised by the United Nations General Assembly in 2002. It is held to generate awareness of cultural diversity and multiculturalism, forming part of the UN’s broader initiative "to promote the preservation and protection of all languages used by peoples of the world". Held on 21 February, it is a worldwide observance of the anniversary of the day in 1952 that the people of Bangladesh (then East Pakistan) fought to keep their language. The art project is a response to the struggle for the recognition of the Bangla language that ties in deeply to the Bangladeshi community in Wyndham.

The Mother Tongue artwork will help create a sense of place and connection and nurture community pride and identity. It is intended to create a focal point for community celebrations and gatherings, and acknowledge the importance of mother language in the strengthening of individual and community identity and culture.

The artwork provides the opportunity for the community to come together to build cultural understanding and create a sense of belonging in the Wyndham community. Celebrating the present and creating an inclusive future that builds a shared culture. Work continues on the sculpture, which is due for an official launch to the community on its completion as part of the Reconciliation Week events 2022.

‘First Voice, the universal sounds of our Mother Earth. Sound is the beginning, Creation.  Sound resonates, is shaped by our speaking, our vocalisations. In this thinking I honour First People of Country, the kith and kin of the Creatures of the lands, skies and waters; Spirits of place and those others of our brothers and sisters in humanity, who have come to live here from other places.  It is our shared voices, our languages, our Mother Tongues that give agency to the sharing of our collective humanity; our lived experiences in this time, in times to come and the times that have been.’
Yoolongteeyt Dr Vicki Couzens
Gunditjmara Keerray Wooroong 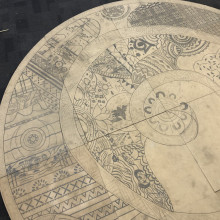 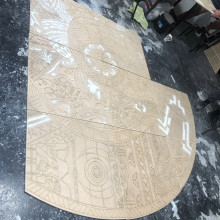 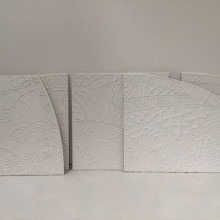 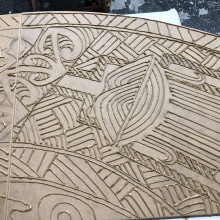 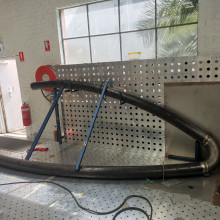 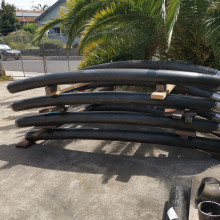 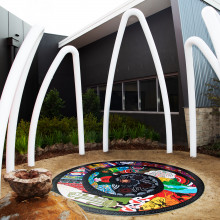 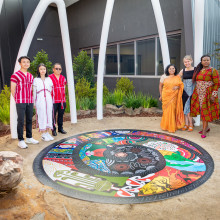 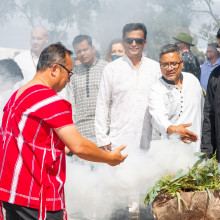 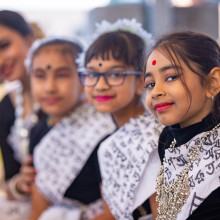 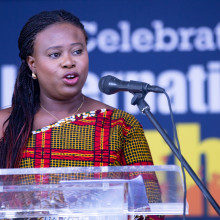