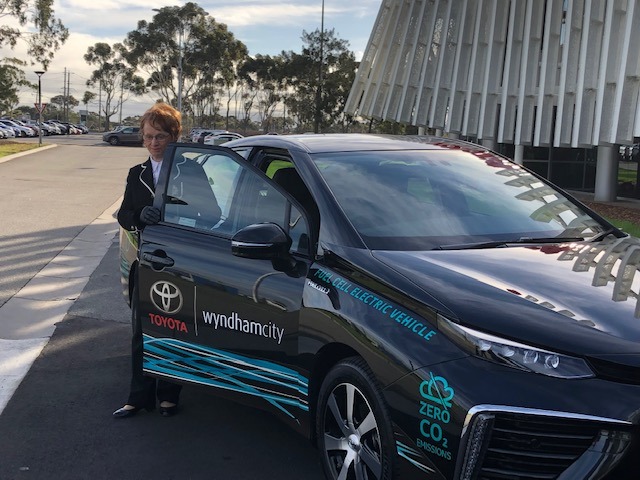 The Toyota Mirai is the world's first mass-produced consumer hydrogen fuel cell vehicle. The vehicle uses hydrogen for power rather than petrol, with water being the only by-product.

These cars are a type of electric car that; rather than using batteries it uses hydrogen fuel cells. These fuel cells don’t lose energy over time like regular batteries and make the energy while the car is in use.

Hydrocarbon fuels such as gas, diesel and renewable liquid fuels, gasified coal or gasified biomass can be reformed to produce hydrogen. Today, about 95% of all hydrogen is produced from steam reforming of natural gas. This hydrogen is produced on already existing natural gas infrastructure making this a more quickly available technology than alternatives.

The Car has two onboard tanks to store hydrogen. With only 5kg of hydrogen it is able to drive 550km and only takes a minute 3-5 minutes to refill.  In comparison, a Tesla vehicle can require up to 60 minutes of charging for a 40 to 80km journey.

Wyndham City Council is partnering with Toyota to offer internal staff the opportunity to trial the vehicle on-road in a range of conditions as part of research into the efficiency, usage and benefits of hydrogen technology.

The vehicles will be refuelled using a mobile hydrogen refueller at Toyota Australia’s former manufacturing site in Altona.

By partnering with Toyota to trial this new hydrogen car technology Wyndham City Council is raising awareness of alternative fuel transport options in a bid to help Australia transition to a low carbon economy.